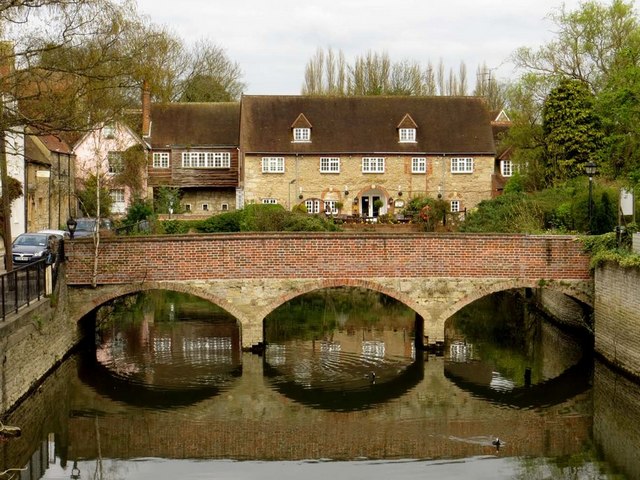 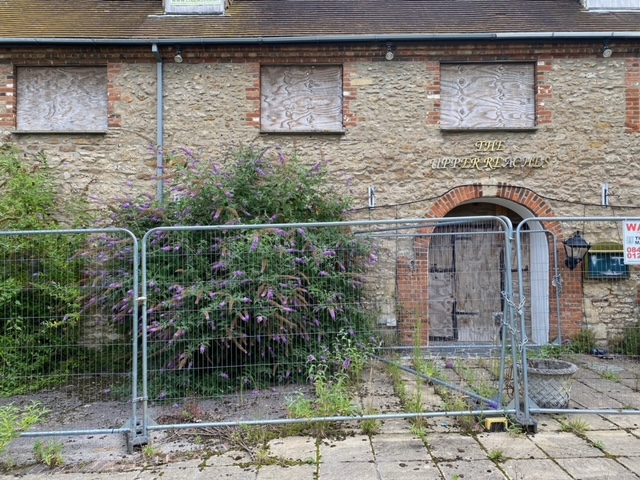 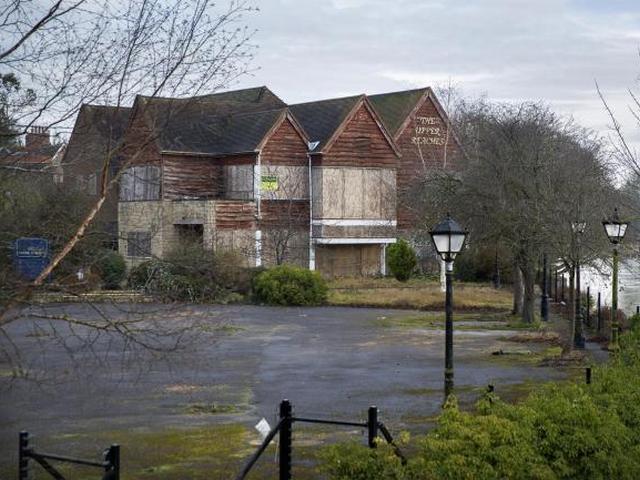 The freehold of the whole site is owned by the Vale of White Horse District Council, having been transferred from Abingdon Borough Corporation as part of the local government re-organisation in 1974. The whole site is within the Abingdon Conservation Area and the parts of the building nearest to Thames Street are Grade 2 listed.

The area occupied by the hotel buildings and its immediate surroundings is on a 125-year lease from 1969 and since 2004 the lease has been held by Contemporary Hotels Ltd (CH).

Contemporary Hotels closed the hotel in June 2015. Since then, there have been numerous incidents of vandalism and antisocial behaviour – some of them very serious and posing threats to local residents’ properties and the adjacent medieval Abbey Buildings.

CH have not made any formal planning applications in relation to the site since then. (Prior to that they were given permission in 2009 for alterations to the modern part but did not proceed with the work).

In early 2017 the Oxford Mail reported CH Director Ambar Paul as saying he would be putting in an application in 4-6 weeks for a hotel and 10 houses. No such application was made. In March 2019 an article in the OM said that another hotel company was interested in taking on the lease. That also came to nothing.

Other rumours have circulated since then but VWHDC response to requests for information was always along the lines of “discussions with the leaseholder are ongoing and commercially confidential”. A Freedom of Information request from local residents in July 2021 was refused on similar grounds. The Civic Society suggested in summer 2021 that VWHDC take action under the Town and Country Planning Act (TCPA) to require the leaseholder to improve the condition of the site – we did not get a reply. Similar representations were made by local residents, the police and the Town Council.

We wrote in January to the VWHDC to express our concerns and ask for a meeting to discuss a way forward. The main points of their reply were:

We do not understand why they think the TCPA route is inappropriate so wrote again in February, repeating our request for a meeting, to discuss this and other possible ways to break the deadlock. They have agreed to such a meeting, date to be arranged.

In spring of 2022 VWHDC wrote to the leaseholder requiring him to improve the security arrangements and the appearance of the site. Some such improvements have now been made, but the site is still an eyesore. VWHDC agree that the steps taken are not sufficient and are pressing for further action.

In March we launched a petition addressed to both Ambar Paul (CEO of Contemporary Hotels) and VWHDC urging them to take action to break the deadlock. The petition currently has nearly 2500 signatures.

In April we met Ambar Paul who told us that he had 3 alternative schemes for the site and would be presenting them to VWHDC in early May. As of now, he has not done so.

Following our February letter, we, together with representatives from the Residents Association and the Town Council, have had two meetings with senior VWHDC officers to discuss how matters can be moved on. We will be contacting Mr Paul again shortly for an update on his intentions and will continue to press the Vale to require him to considerably improve the condition of the site.

One positive development is that the Central Abingdon Regeneration Framework (CARF) proposals for the site include clear statements about its future public use. If these are incorporated into the Neighbourhood Plan they will strengthen the Vale’s position in respect of any future development proposals.

This website uses cookies to improve your experience while you navigate through the website. Out of these cookies, the cookies that are categorized as necessary are stored on your browser as they are essential for the working of basic functionalities of the website. We also use third-party cookies that help us analyze and understand how you use this website. These cookies will be stored in your browser only with your consent. You also have the option to opt-out of these cookies. But opting out of some of these cookies may have an effect on your browsing experience.
Necessary Always Enabled
Necessary cookies are absolutely essential for the website to function properly. This category only includes cookies that ensures basic functionalities and security features of the website. These cookies do not store any personal information.
Non-necessary
Any cookies that may not be particularly necessary for the website to function and is used specifically to collect user personal data via analytics, ads, other embedded contents are termed as non-necessary cookies. It is mandatory to procure user consent prior to running these cookies on your website.
SAVE & ACCEPT