The Millennium Timeline was created in the year 2000 by the Abingdon Area Archaeological & Historical Society with the support of Millennium Festival Awards for All, the Joint Environment Trust for Abingdon and Abingdon Town Council. It was designed by Linda Francis, with artwork by Muriel Halliday*. 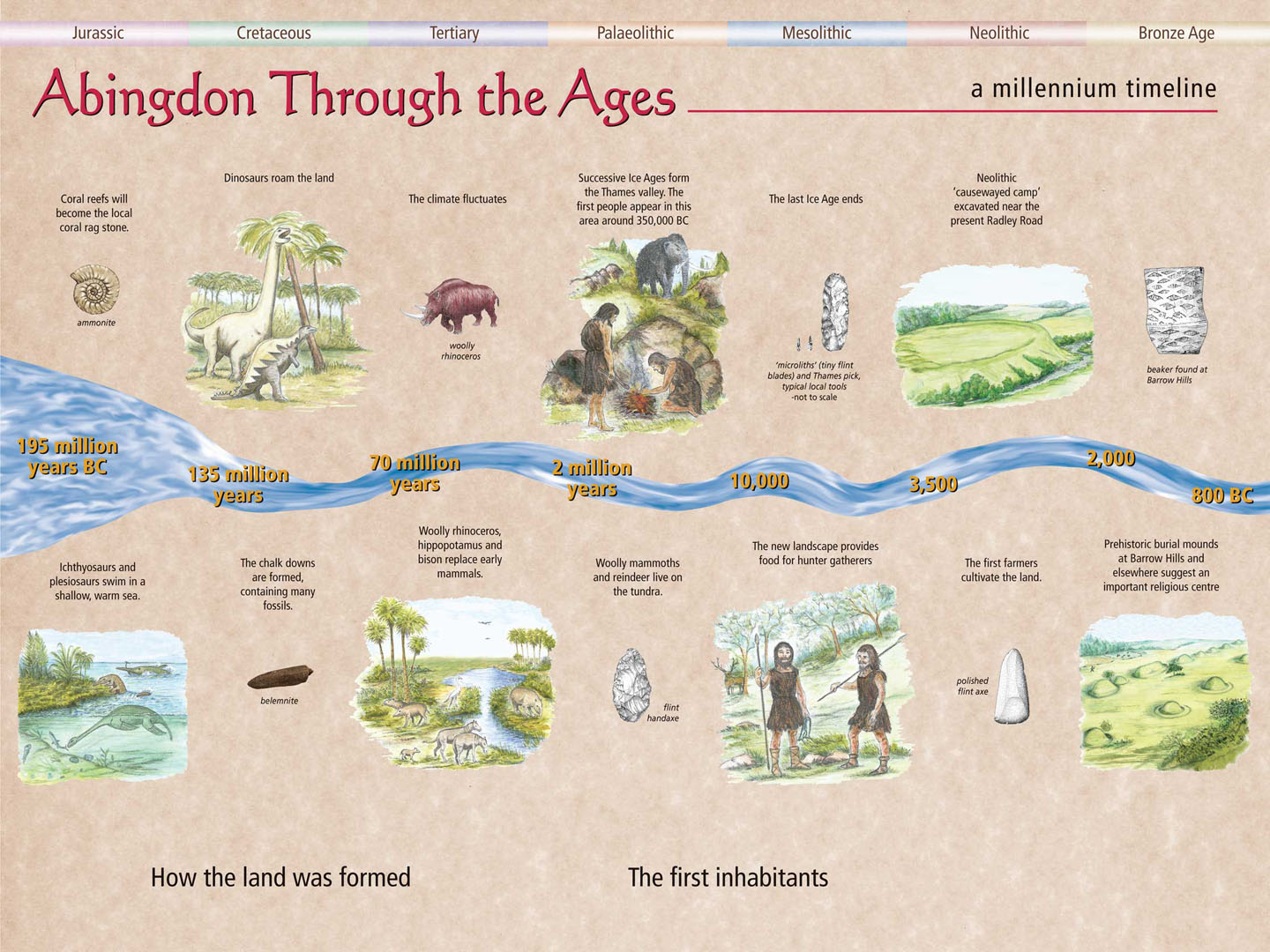 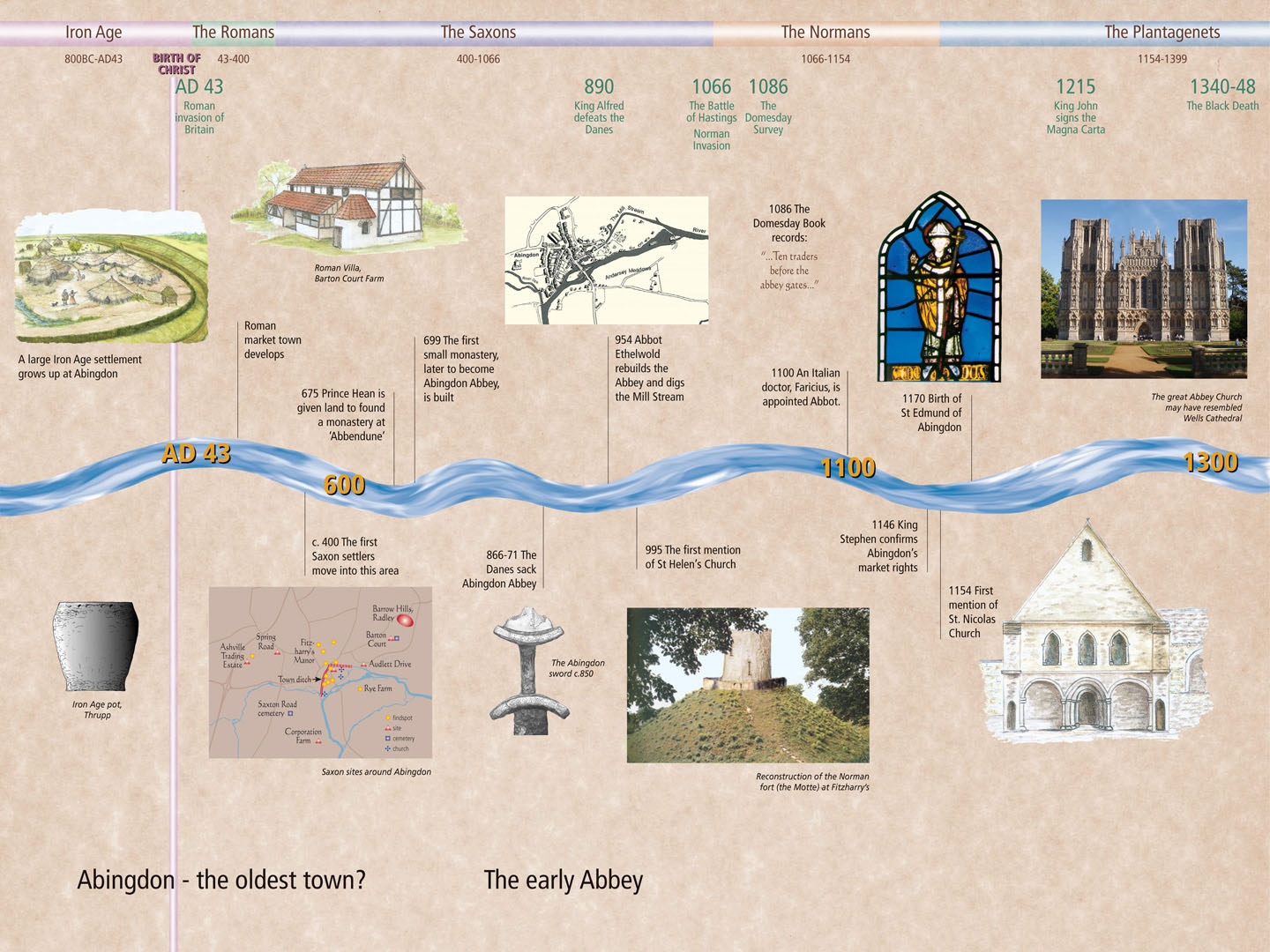 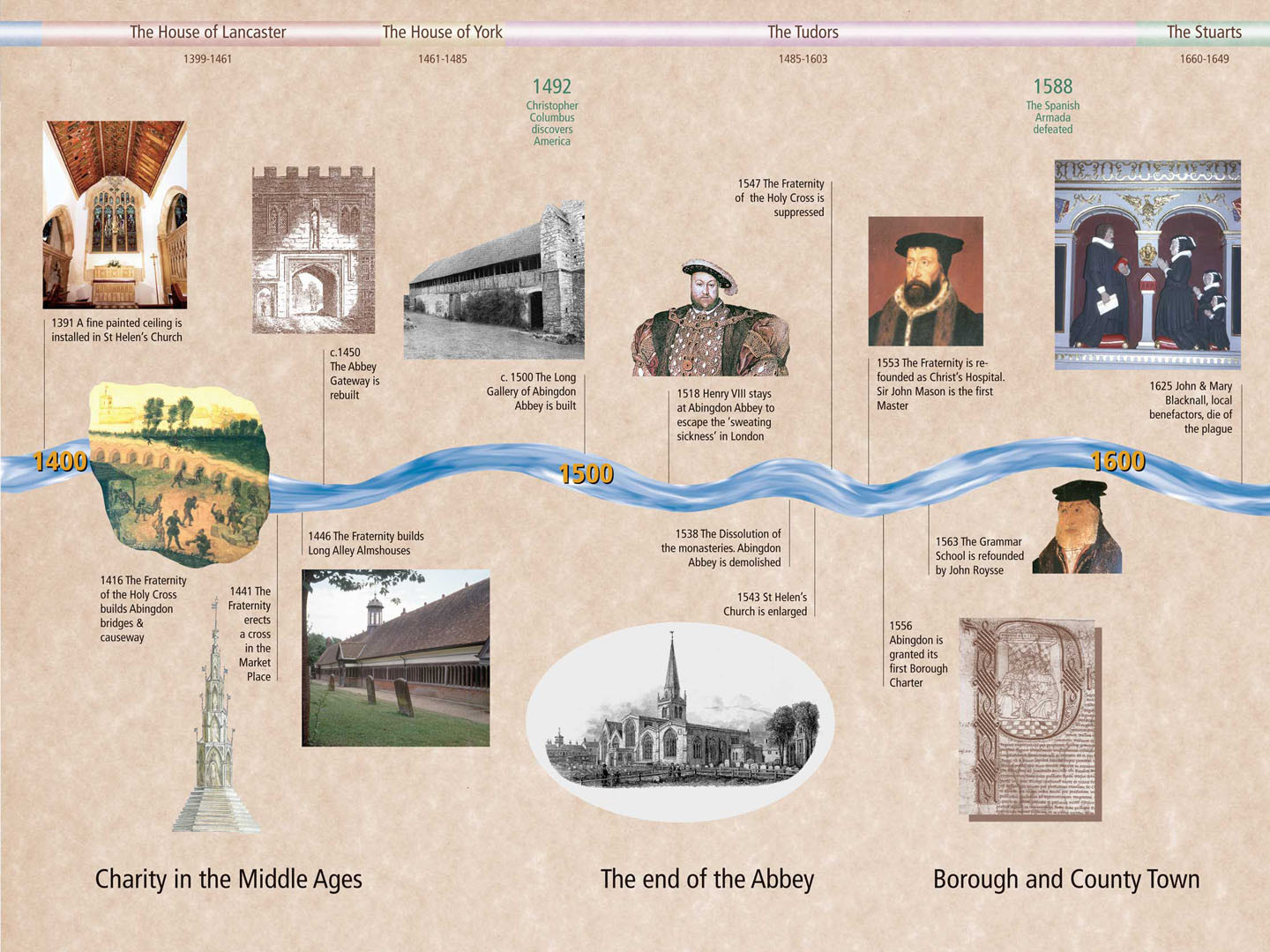 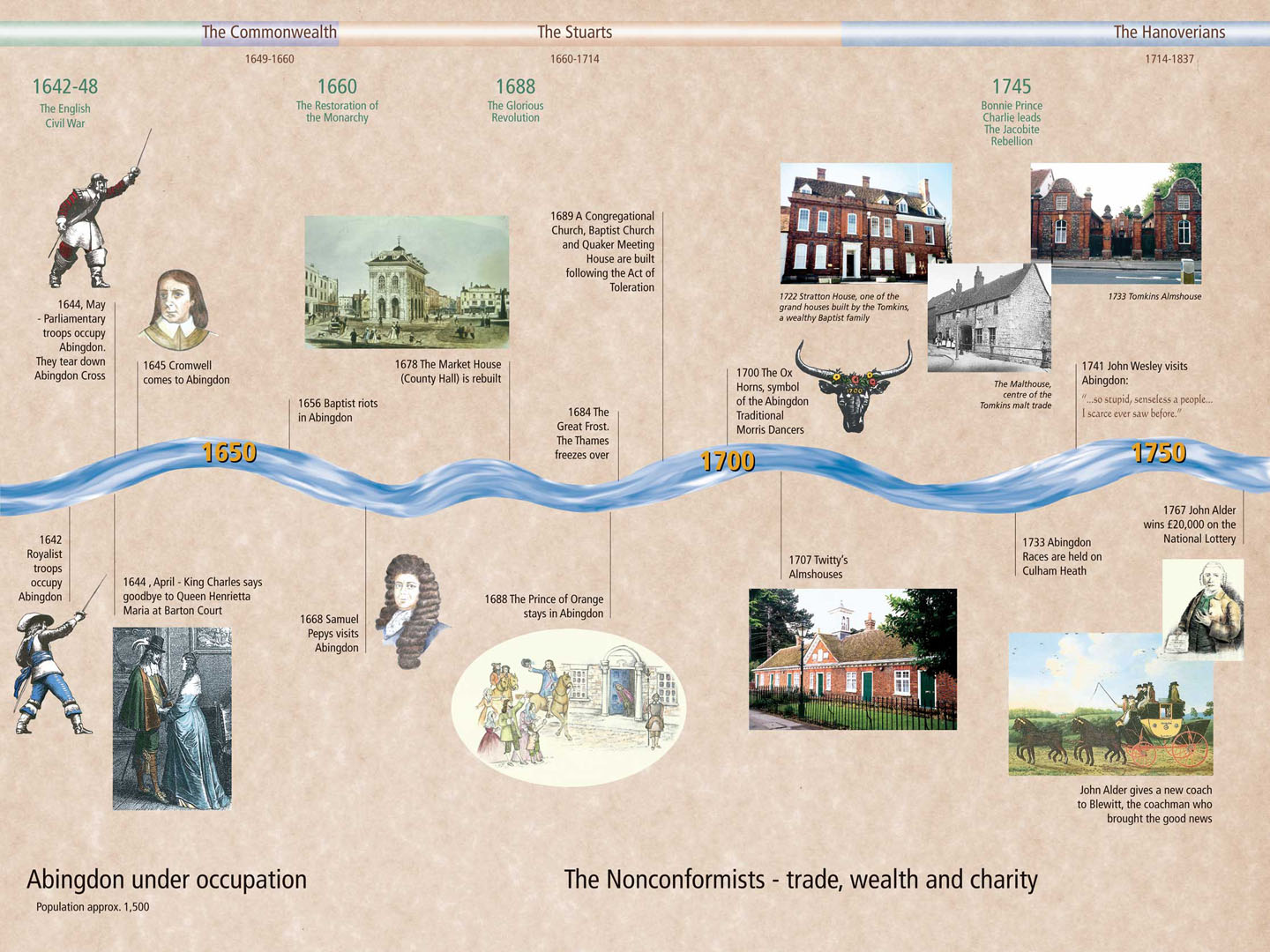 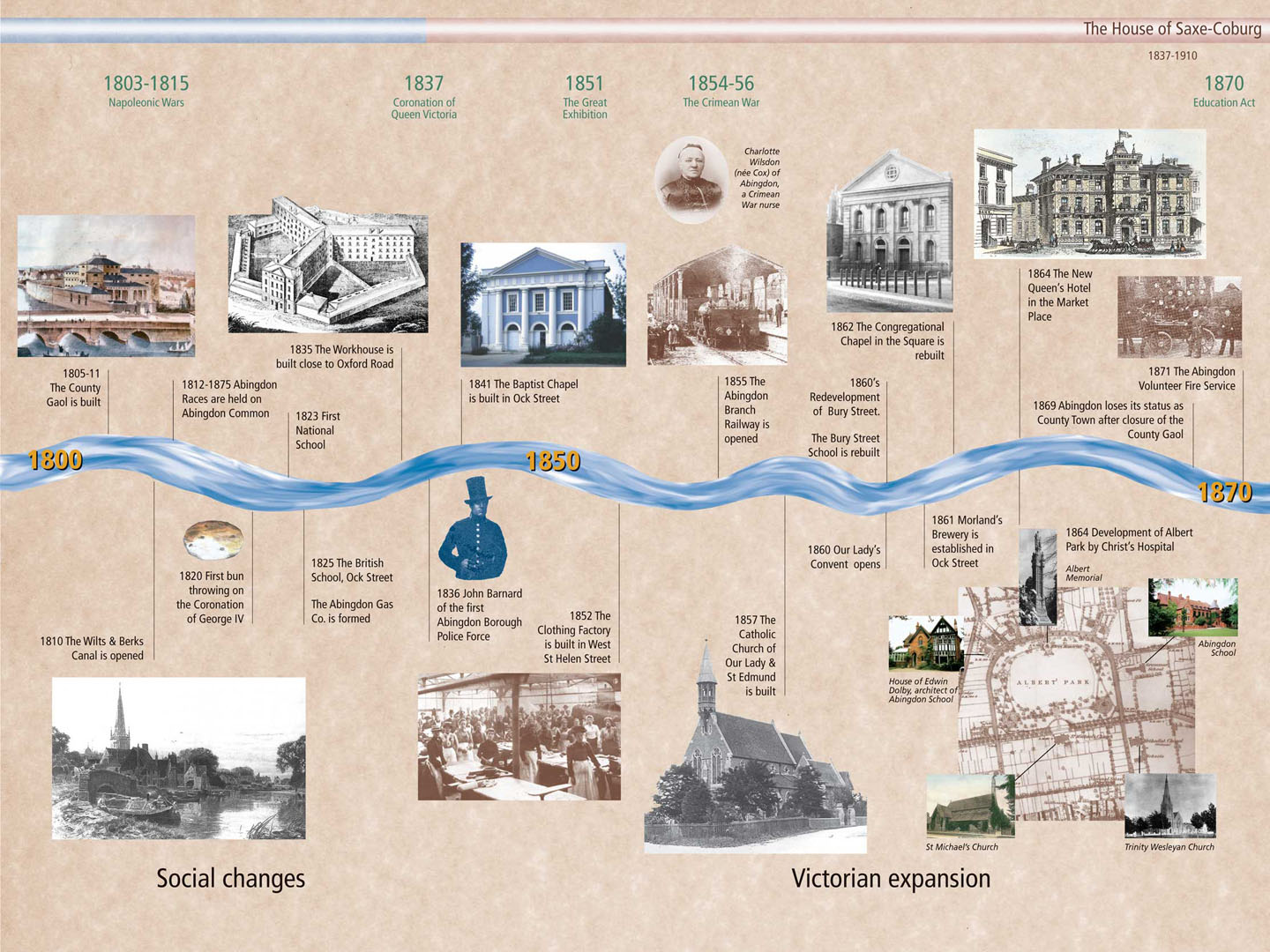 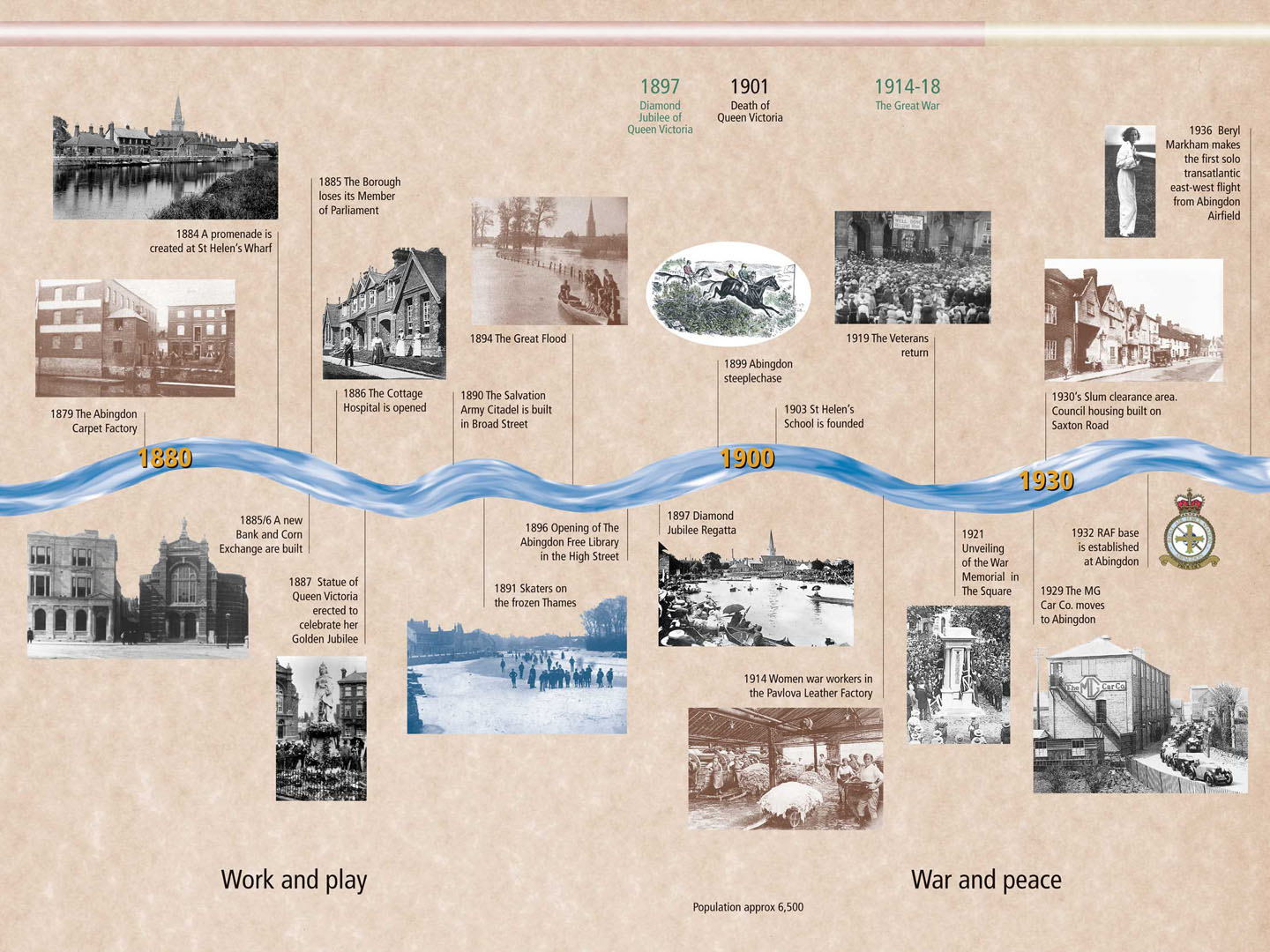 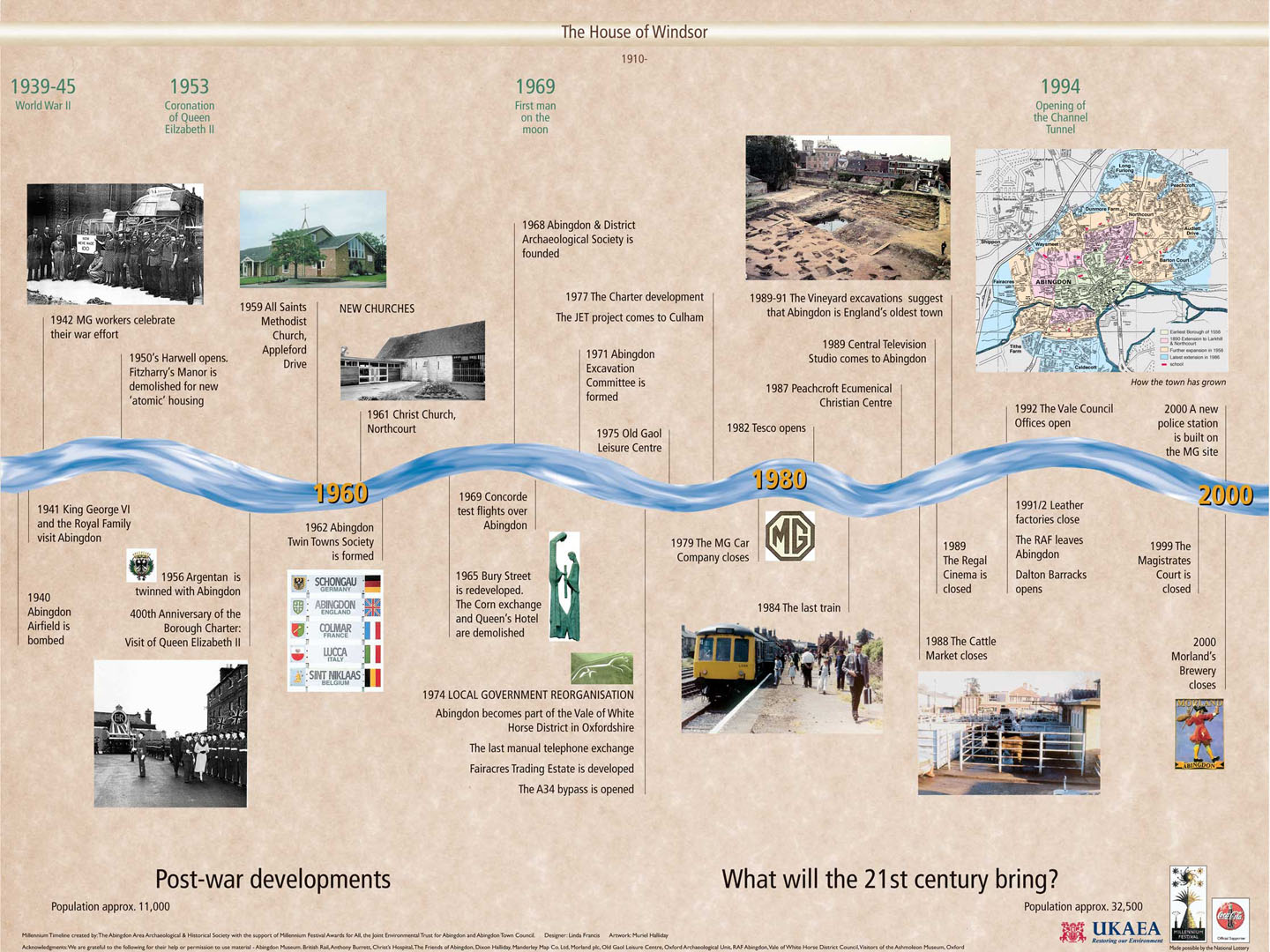 Above, you can see all 7 panels, starting in the Jurassic period and ending in the year 2000 (hover the mouse over the image to see the slide navigation < and > buttons).

The Timeline can be viewed in all its full-sized glory on the wall inside the Checker at the Abbey Buildings. Originally, it was displayed in the Old Gaol Foyer until the Leisure Centre closed in 2002, then in the County Hall Museum until 2010. Since then it has been on display, alongside the companion Abingdon Abbey Timeline in the Checker.

* At the bottom of panel 7, the following people and organisations are acknowledged:

This website uses cookies to improve your experience while you navigate through the website. Out of these cookies, the cookies that are categorized as necessary are stored on your browser as they are essential for the working of basic functionalities of the website. We also use third-party cookies that help us analyze and understand how you use this website. These cookies will be stored in your browser only with your consent. You also have the option to opt-out of these cookies. But opting out of some of these cookies may have an effect on your browsing experience.
Necessary Always Enabled
Necessary cookies are absolutely essential for the website to function properly. This category only includes cookies that ensures basic functionalities and security features of the website. These cookies do not store any personal information.
Non-necessary
Any cookies that may not be particularly necessary for the website to function and is used specifically to collect user personal data via analytics, ads, other embedded contents are termed as non-necessary cookies. It is mandatory to procure user consent prior to running these cookies on your website.
SAVE & ACCEPT